Zack Touloupas was born in Karpernisi in the northern mountains of Greece. After attending school in Istanbul, he first came to the United States with his father in 1912.

In 1924, he visited Miami because “someone told me if I dig around in the sand, I would find a $20 gold piece” quoted Mr. Touloupas in an article published by the Durham Herald in the early 1970’s. The money never materialized so he eventually settled in Columbia, South Carolina and worked at the Capital Café.

After moving to North Carolina, he worked temporarily at the old Crystal and Royal Cafes in Durham. Sometime in 1928 word circulated through the “Greek Grapevine” about a restaurant for sale in Burlington. Zack quickly bought Alamance Hot Wienie Lunch and moved his family of four to the upstairs of the rented building.

The original restaurant had only 8 bar stools and 4 school desks for diners. The seating capacity remained the same until 1960 when an expansion project increased the seating to 44. As the restaurant grew in popularity, the regular patrons began to refer to it as Zack’s Hotdogs. The restaurant was a landmark on the corner of Front and Worth Streets until 1978. The white building was marked by a hot dog shaped sign with ZACK’S lighted in neon. Inside the restaurant, a rug resembling a one dollar bill hung on the wall. The rug was hand woven in Greece and represents the first dollar that was made at the restaurant. 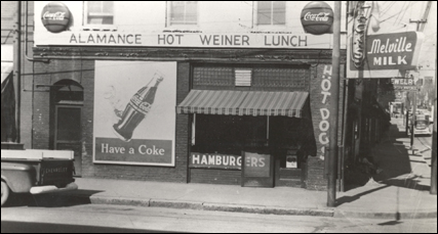 During this time Zack’s was located directly across the street from City Hall and served lunch to many of the workers including policemen and the mayor. Other famous patrons have included former North Carolina Governor Kerr Scott of Alamance County who used to always eat there for good luck while he was campaigning. His son former NC Governor Bob Scott always ate at Zack’s after his yearly physicals.

The secret behind all this success was the secret chili recipe that was concocted by Mr. Zack. In his thick Greek accent, he was often quoted as saying:

“I make it myself, from my head. I test how I like it with my tongue. If I like it, I think someone else will like it.”

To this day, the chili is still made to his exact specifications. 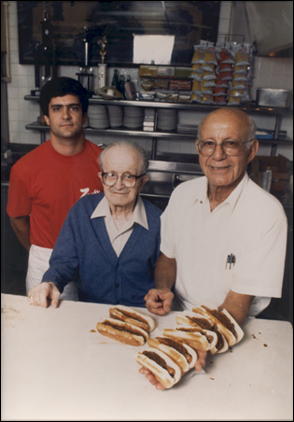 In 1977 with a pending urban development project looming in the near future, John initiated plans to build a “new” Zack’s. Land was purchased, construction was completed and a grand opening was held in December of that year. The new location, where the restaurant continues to operate, was just around the block on the corner of Davis and Worth Streets.

In 1981, after graduating with a business degree from UNC-Chapel Hill, Zack Touloupas, who was named for his grandfather, became the third generation to run and operate the business. The younger Zack began his restaurant career the same as his father – washing dishes. Zack and his wife Sheila have four children who have all worked part-time at the restaurant. They have several nephews who have also worked there.

After the many, many years of running the family business, The Touloupas family sold Zack’s Hotdogs in 2022. However, the restaurant continues to carry on the Touloupas family legacy by serving the same famous chili, hotdogs and fixings to its loyal customers.

Expanding on a timeless Burlington tradition and growing into the future with new locations, menu items, and more to come in 2023: 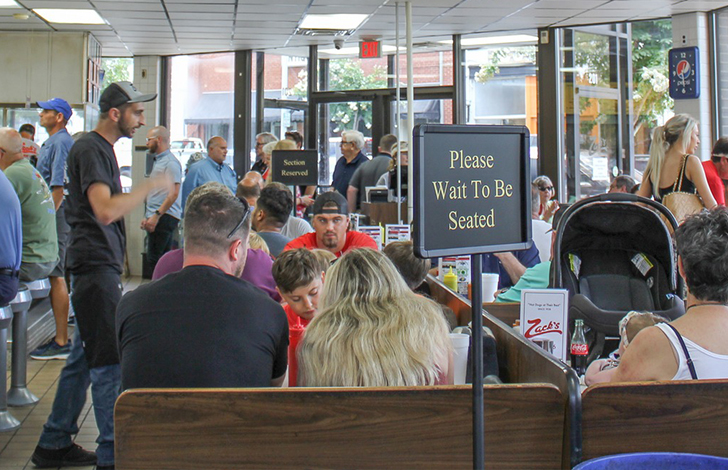 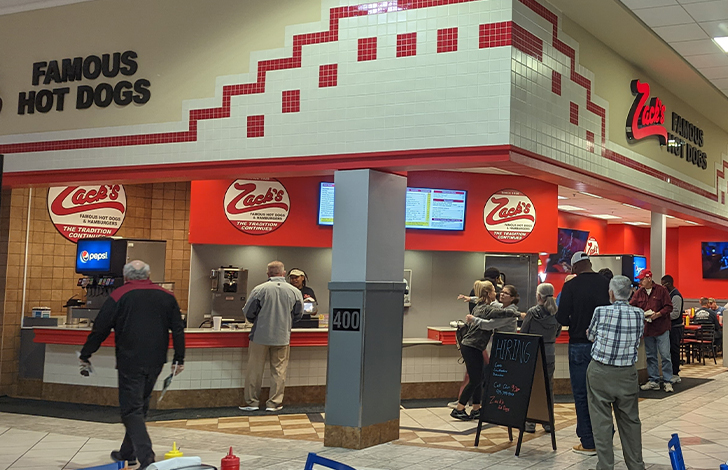 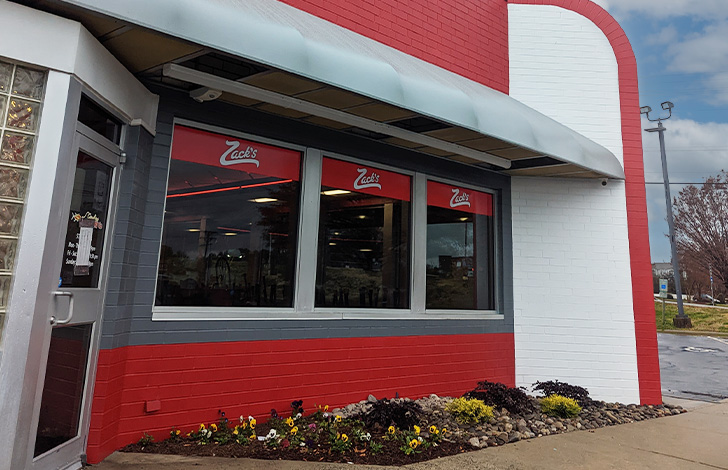